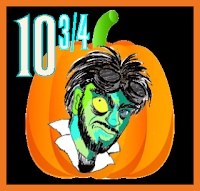 American Horror Story airs each Wednesday on FX at 10:00 PM (9:00 Central), so check your local listings for times. The first episode can be watched here at the FX site (second episode should follow shortly). PARENTAL ADVISORY: NOT FOR KIDS.
Posted by John Rose at 4:37 PM

hmm...waiting until grandchildren are in bed.....